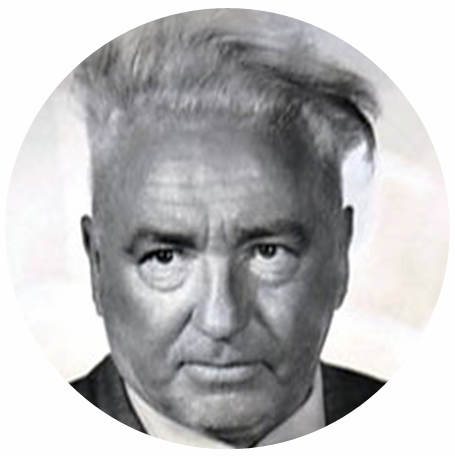 Wilhelm Reich was on 24 March 1897 in Dobrzcynica, Galicia, Austria-Hungary (now in Ukraine). He bacame a Viennese psychiatrist who developed a system of psychoanalysis that concentrated on overall character structure rather than on individual neurotic symptoms. He was trained at the Berlin Psychoanalytic Institute and joined the faculty of the Vienna Psychoanalytic Institute in 1924. In The Function of Orgasm (1927), he argued that the ability to achieve orgasm, called orgastic potency, was an essential attribute of the healthy individual; failure to dissipate pent-up sexual energy by orgasm could produce neurosis in adults. This work led him into the advocacy of sexual education and freedom.

(There is also a full transcript of this video.)

In Charakteranalyse (1933; Character Analysis), Reich called attention to the use of character structure as a protective armour to keep the individual from discovering his own underlying neuroses. He believed that repressed feelings were also manifested as muscular tension and that this mental and physical armour could be overcome by direct manipulation and by making the individual aware of the tension. Reich used this approach to treat patients whose neuroses had proved resistant to more orthodox psychoanalytical techniques. Reich left Germany in 1933 and taught in various Scandinavian countries, finally settling in Norway. Reichs political and sexual ideas led to his expulsion from the International Psychoanalytic Association (IPA) in 1934, after which he devoted himself to orgonomy, an attempt to measure orgones, units of cosmic energy Reich believed energized the nervous system. Through his study of human behaviour, particularly the libido, the instinctual physiological or psychic energy associated with sexual urges, Reich came to believe in the existence of an energetic life force that he termed orgone energy, which was produced by bions, microscopic orgone units or energy vesicles in a state of transition between the nonliving and the living. He conceived of mental illness as an orgone deficiency, which he attempted to treat by harnessing this energy. The process consisted of placing the patient in a specially constructed cabinet called the Orgone Energy Accumulator (also known as the orgone box), which he claimed captured and preserved orgone energy in the atmosphere. He later leased orgone boxes as a therapy for many illnesses, including cancer. Following the publication of his research, Reich was accused by mainstream scientists of charlatanism and in 1939 was forced to flee Norway. He moved to the USA, where he continued his studies. Reichs experiments, which involved the use of orgone radiation on human subjects, and the commercialization of the orgone box brought him into conflict with the Food and Drug Administration (FDA) of the USA. In 1947, the administration launched an investigation into Reichs research and in 1954 successfully filed for an injunction to stop the interstate shipment of his publications and equipment. In 1956, Reich was charged with criminal contempt of court for violating the injunction. He was convicted and sentenced to two years in a federal prison in Lewisburg, Pennsylvania, where he died on 3 November 1957, allegedly of heart failure. From 1956 to 1960 many of his writings and his equipment were seized and destroyed by FDA officials. in 1985, British singer Kate Bush (born 30 July 1958) honored Wilhelm Reichs lifes work by releasing the single Cloudbusting. The video clip embedded below features Canadian actor Donald Sutherland (born 17 July 1935) playing the role of Wilhelm Reich, and Kate playing the part of his young son, Peter. Clearly, this video clip encourages us to follow in Wilhelm Reichs footsteps and complete his lifes work. Contact us if you want to contribute to this.