Relatives of Pieter and Hillechien Vrieling 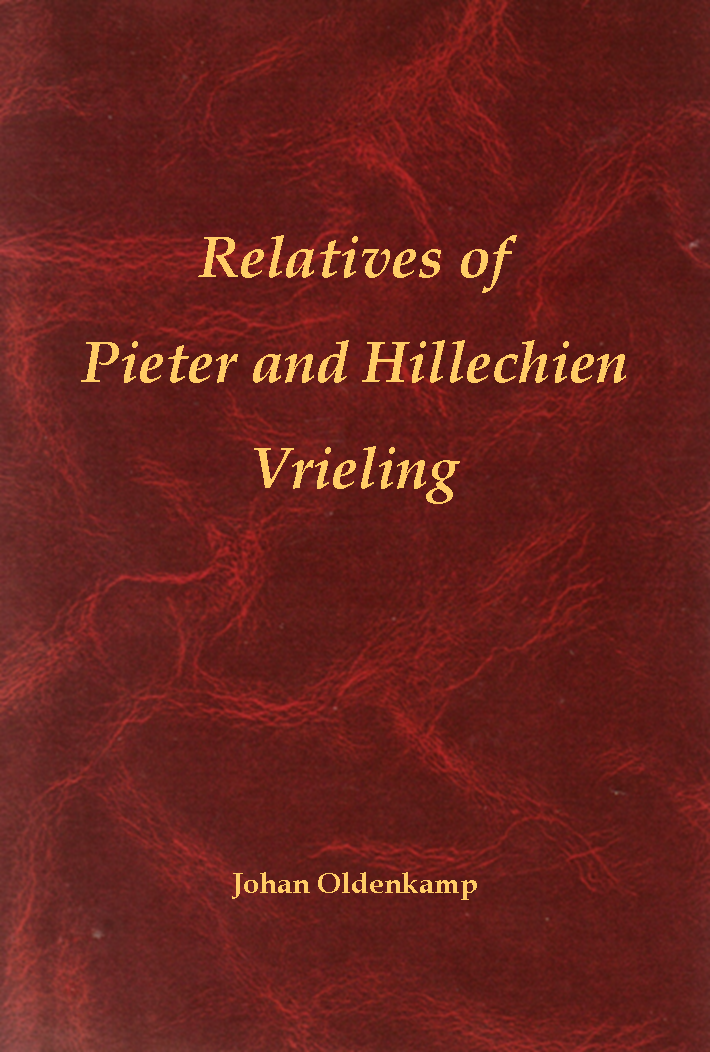 In 1999, a book was published in Dutch written by Johan Oldenkamp in which he described the ancestors and progeny of Pieter Vrieling and his wife Hillechien, who were his grant-grantparents. Pieter and Hillechien both had the surname of Vrieling, as their grandfathers on both their fathers side were brothers.

About a centrury earlier, three Dutch brothers of this Pieter Vrieling emigrated from the Netherlands to the United States of America (USA), together with their wives and children. Their names were Geert, Jans, and Lambertus. Jans arrived in 1895. Geert came in 1903. And Lambertus emigrated in 1904. In the USA, Geert changed his name into George, Jans became John, and Lambertus became Lambert.

George, John, and Lambert belonged to a large Dutch family. They had alongside Pieter four more brothers, three sisters, and three half-brothers. Some branches of this large Vrieling family also ended up in Canada and Australia.

Only for members of the Vrieling family, an ebook in English is available for € 5 with up to date genealogical information regarding all branches. To order it, send an email message to Webshop @ Pateo.NL (without spaces). You can also receive this ebook free of charge when you are able to share a significant amount of new information regarding the Vrieling family, both past and present. 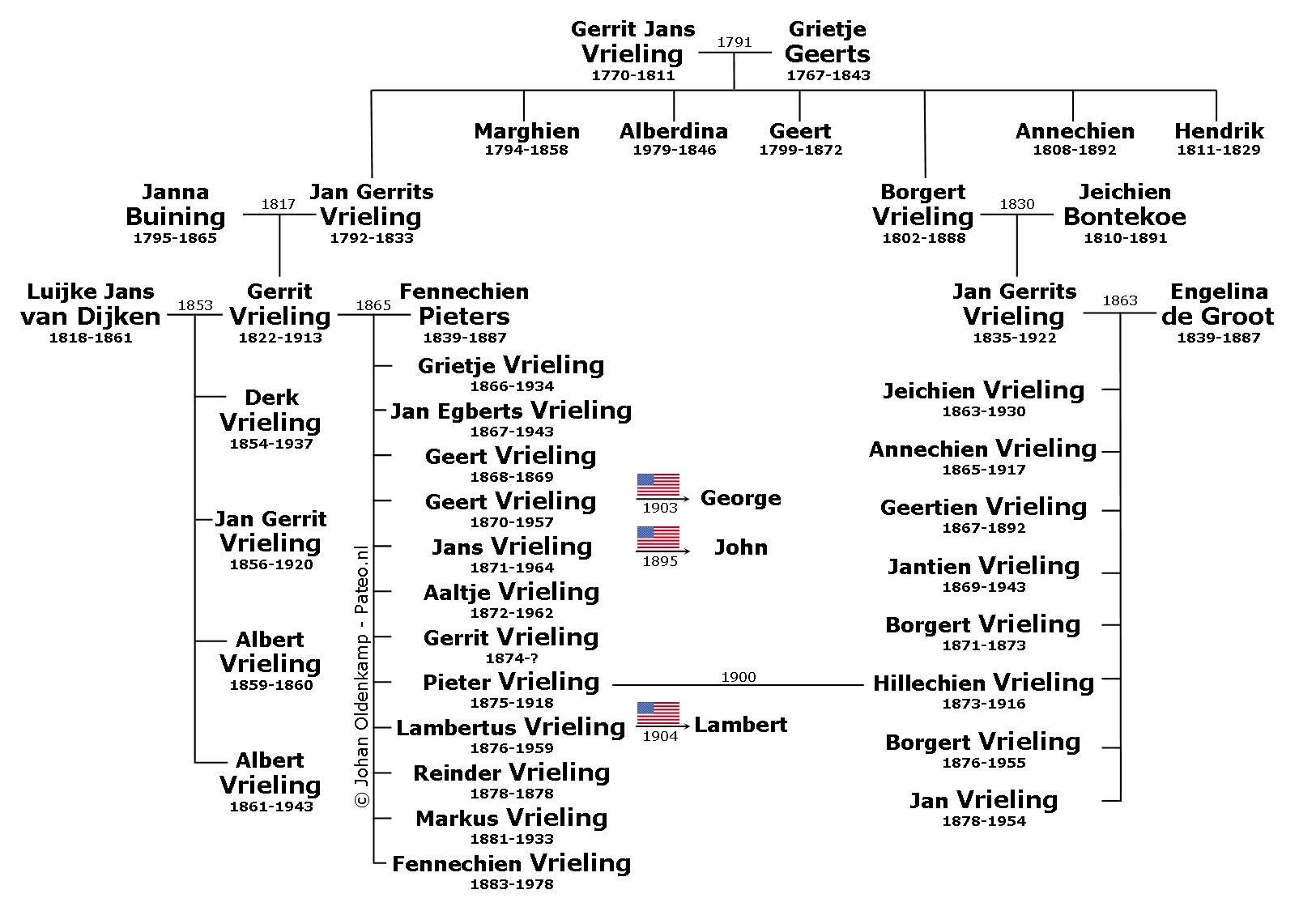