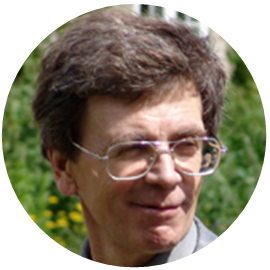 Anatoly Timofeevich Fomenko (or Анато́лий Тимофеевич Фоме́нко in Russian) was born on 1945 March 13 in Stalino, nowadays Donetsk in the Ukraine. As a mathematician, he became professor at Moscow State University, and a member of the Russian Academy of Sciences. He also claimed that the events attributed to the civilizations of Ancient Khemit, Ancient Greece, and the Roman Empire actually occurred during the Middle Ages, between 500 and 1500 CE. Furthermore, he claimed that the historical Jesus lived in the 12th century CE, and that this man was crucified on Joshuas Hill (near the current Turkish capital of Istanbul). On top of that, he claimed that the Trojan War and the Crusades were the same historical event, and that Genghis Khan and the Mongols were actually Russians. He named this absurd theory New Chronology. Earlier scholars with similar silly ideas were Jean Hardouin (1646 December 23  1729 September 3) from France, and Nikolai Alexandrovich Morozov (1854 July 7  1946 July 30) from Russia.