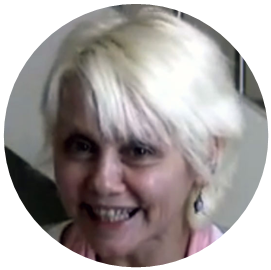 The real name of the medium that named herself Ashayana Deane is Diana Katherine Herhenreader (born in Pennsylvania, USA), but she is also known as Anna Hayes Gruber, Diane Kathryn Smith, and Diane Kathryn Tigue. Among her many absurd claims is the one that she beliefs to be a half sister of Jesus named Martha. However, the historic Jesus never existed. Many have proven this woman to be a liar and a fraud. In fact, she is a victim of trauma-based mind control created by the Monarch program.

She claims to have had contact with Extra-Terrestrials all of her life, starting with alien abduction experiences at the age of four. She was initially abducted by a negative intruder faction of Zeta Reticuli greys because they were interested in harvesting her special encoded genes and were preparing her to become a mind controlled breeder of alien hybrids. She was essentially rescued from this fate at the age of seven by another group of positive aliens that refer to themselves as members of the Guardian Alliance. For a time, she was being taken by both groups, but gradually the Guardian Alliance taught her how to resist the coercive and manipulative technologies that the negative greys were employing to control her and she was eventually able to free herself from their domination. After moving to Sarasota, Florida and opening up a temple, she changed her mind about its importance and moved with her new husband Michael Deane (also known as Azurtanya Deane) first to Greece, then to England.