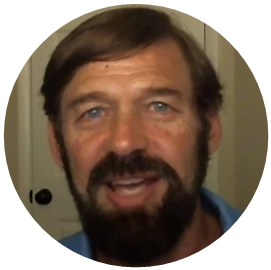 Victor Earl Schoof (if that was his real name) was born on 1955 September 24 in Garden City, Kansas, USA. In 1987, he legally changed his name into Fritz Artz Springmeier. Perhaps his original name was Arthur Alexander (Jr.). He infiltrated in various Christian communities. When his wife found a black box under their bed with several fake identity cards with his picture, she filed for a divorce.

His absurd claims include all sorts of nonsense regarding the Illuminati, like that a man named William Cornelis Van Duyn (born in 1963 May 20) became their leader, and that these ultra rich families suddenly became the good guys. He wrote several controlled opposition books, like Be Wise As Serpents, The Watchtower and the Masons, The Top 13 Illuminati Bloodlines, The Illuminati Formula Used to Create an Undetectable Total Mind Controlled Slave, and Deeper Insights. His website is Pentracks.com. It is rather remarkable that his book Bloodlines of Illuminati from 1995 can be found on the website of the CIA.

In November 2003, he was sentenced to inprisonment for, among others, armed robbery. He was released from federal prison on 2011 March 25.