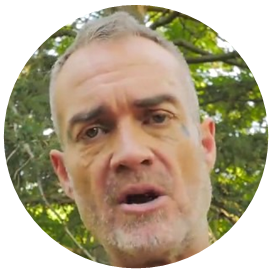 Kenneth Nichols OKeefe was born on 1969 July 21. He is a former USA marine and Gulf War Veteran, who formally renounced his USA citizenship in 2001. His activities to date include founding Human Shield Action to Iraq (2003), serving as a captain on the first Free Gaza Mission (2008), surviving an Israeli attack on the ship Mavi Marmara (2010), and becoming Social Enterprise Managing Director of Aloha Palestine CIC and the Samouni Project. He is also a published author and lecturer who now holds Irish, Hawaiian and Palestinian citizenship, but his ultimate allegiance is to his entire human family and our home planet. His style of activism is characterized by his involvement in disarming two Israeli commandos as nine of his fellow Mavi Marmara passengers were executed. The Israeli military later claimed that he was a terrorist operative of Hamas. On the other hand, Ken has repeatedly stated that the Israeli Mossad and its assets, along with traitorous elements within the USA, are directly responsible for the false flag 9/11 attacks. Although Ken promotes world citizenship and the pursuit of Truth, Justice, and Peace, he completely took the evil path and became a con artist pursuing a good life only for himself, paid by the people he has scammed.