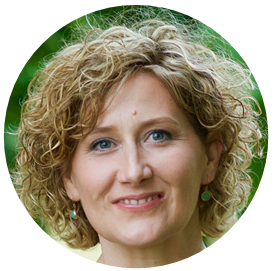 Kiesha Rae Kreps was born in 1978 in Sanford, Colorado, to a white middle class background, with a truck driver father and a mother owning small businesses. Her mothers maiden name is Rodda. Since 2008, she calls herself Little Grandmother, and claims that she is a shaman for the Sioux Salish tribe. However, in response, the Salish elders issued a public statement, stating that she is not their shaman, and that in fact no Salish had ever even heard of her.

Kiesha Kreps was raised as a Mormon and baptized into the Mormon Church at age eight, at the same time she claims to have been recognized by Indian tribes and living alone in the woods. She was married in the Mormon Church in Littleton, Colorado (USA), and was a practicing member of the church until about 2008. She was married with two children, but separated from her husband, and estranged from her entire family due to her calling.

Since about 2013, she resides in The Netherlands. On her website LittleGrandmother.net, she claims to be a world-renowned spiritual teacher, a Shaman, Wisdom Keeper, and the gatherer of the Tribe of Many Colors. However, this made-up Tribe of hers has but one color: white European.