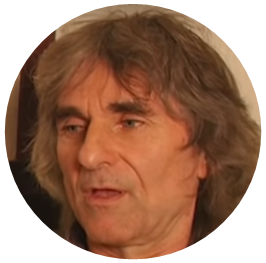 Mark Andrew Pytellek was born in 1960 November in Carlton, north of Melbourne, Victoria, Australia, as a son of Guenter Wilhelm Pytellek. Perhaps later on, Christian Borleis (married to Florida, commonly named Florie) became his stepfather, as he is also known as Mark Andrew Borleis. Or it could be the other way round as well.

At an early age, Mark became aware of the opposing stories about WWII and it raised doubts as to the integrity of governments. In 1985, he completed a Bachelor of Agricultural Science degree. In 1999, Mark began a steep learning curve after discovering Investor International. By 2000, he was their leading agent and lectured for two years on Asset Protection, Privacy, Tax Minimization, and Wealth Creation. At this time, he obtained Edition 1 of the manual Redemption in Law, the Uniform Commercial Code. Later on, he started to give workshops on his approach to gain justice and to become free. His website is named Solutions Empowerment.

In the video embedded below, Mark is interviewed by health practitioner Tom Barnett.