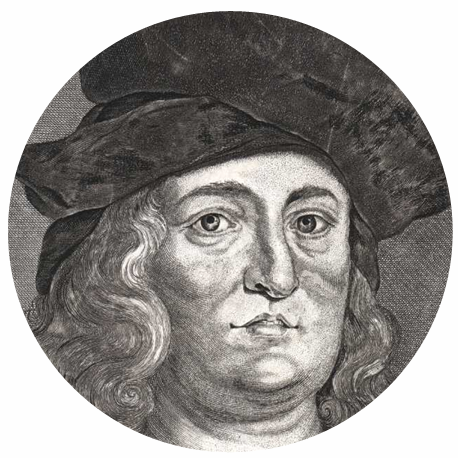 Phillip von Hohenheim (1493 November 11 (or December 17)  1541 September 24) first changed his name into Philippus Aureolus Theophrastus Bombastus von Hohenheim, and later into Paracelsus (meaning: Beyond the High). He was an all-round scientist specialized in Alchemy. He believed that each of the four primary Essences (Earth, Air, Water, and Fire) consists of a subtle, vaporous principle and a gross corporeal substance. He is well known for his marvelous quotes, as shown below. In some cases, the wording is changed in order to make it consistent with Wholly Science.

All things are poisons, for there is nothing without poisonous qualities. It is only the dose which makes a thing poison.

Know that the philosopher has power over the stars, and not the stars over him.

Medicine rests upon four pillars: Philosophy, Astronomy, Alchemy, and Ethics. The first pillar is the philosophical knowledge of Earth and Water; the second, astronomy, supplies its full understanding of that which is of Fiery and Airy nature; the third is an adequate explanation of the properties of all the four Essences  that is to say, of the whole Cosmos  and an introduction into the art of their transformations; and finally, the fourth shows the physician those virtues which must stay with him up until his death, and it should support and complete the three other pillars.

Man is a microcosm, or a little world, because he is an extract from all the stars and planets of the whole firmament, from the earth, and the elements; and so he is their quintessence.

Death is the midwife of very great things... It brings about the birth and rebirth of forms a thousand times improved. This is the highest mystery of God.

All our nourishment becomes ourselves; we eat ourselves into being... For every bite we take contains in itself all our organs, all that is included in the whole man, all of which he is constituted... We do not eat bone, blood vessels, ligaments, and seldom brain, heart, and entrails, nor fat, therefore bone does not make bone, nor brain make brain, but every bite contains all these. Bread is blood, but who sees it? It is fat, who sees it? ...for the master craftsman in the stomach is good. He can make iron out of brimstone: he is there daily and shapes the man according to his form.

There is an Earthly sun, which is the cause of all heat, and all who are able to see may see the sun; and those who are blind and cannot see him may feel his heat. There is an Aeternal Sun, which is the source of all wisdom, and those whose spiritual senses have awakened to life will see that sun and be conscious of His existence; but those who have not attained spiritual consciousness may yet feel His power by an inner faculty which is called Intuition.

In us there is the Light of Nature, and that Light is God.

We have Divine Wisdom in the mortal body. Whatever does harm to the body, ruins the House of the Aeternal.

What we should be after death, we have to attain in life: Wholeness and Bliss. Here on this planet, the Kingdom of God begins.

Who else is the enemy of Nature but he who mistakes himself for more intelligent than Nature, though it is the highest school for all of us?