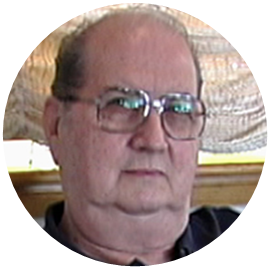 The real name of the man who named himself Jordan Maxwell, as an homage to disinformer Helena Blavatsky (1831 - 1891), is Russell Joseph Pine, born on 1940 December 28 in Pensacola, Florida, USA. In Blavatskys first book, Isis Unveiled, she created a character named Jordanus Maximus. Based on The water of Jordanus Maximus in that book, Pine replaced water by well, and added this to the shortened version of this name, which is Jordan Max, in order to come up with his pseudonym.

Disinformer Manly P. Hall was a very good friend of Pine. He was also caught on film showing a freemason handshake with disinformer Zecharia Sitchin. His website used to be: JordanMaxwell.com. Later, it became Jordan Maxwell Show.com. His most prominent follower became Michael Tsarion (1968).