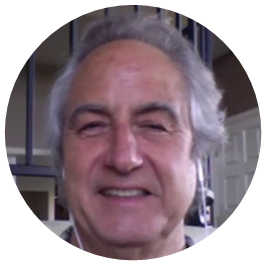 Kenneth Scott Cousens claims to be very good at solving puzzles, but he really messed up this Big Puzzle in his 9½-hours presentation titled  How It All Fits Together, recorded in the summer of 2011. He followed in the footsteps of known disinformers as Zecharia Sitchin (1920  2010), Gordon Maxwell (1940) and Michael Tsarion (1968). He is a textbook example of someone who has heard the bell ring but does not know where the clapper hangs. For instance, almost all his claims about etymology, bible text explanation, and the chakra system are false. and on top of that, all his alleged acronyms as explanations of (code") words are ludicrous. His website is Gemstone University.

In this 17-parted video recording, his biggest, easy-to-verify bloopers are:

Nevertheless, in between so many mistakes, there is also interesting information, nicely presented.