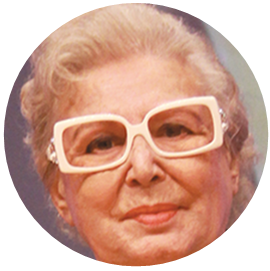 Vedia Bülent Çorak was born on 1923 November 28 in Bursa, Turkey. After her marriage, her name became Vedia Bülent Önsü Çorak. In 1981, she allegedly got into contact with aliens who refer to themselves as the World Brotherhood, and who named her Mevlana. In 1984, she revealed all that allegedly was told to her by these aliens as The Knowledge Book. She also claims that this book will replace all other religions, making it the only religion in the (near) future. In reality, it is just another Saturn-worshipping religion, as proven by the following quote:

And every Solar System is obliged to make the Evolution of its dimension. Our Evolution and Exit dimension is Saturn, Passage to Omega is made from here. The 6th dimension, Nirvana is the Immortality Dimension. The 7th dimension is the final Evolution boundary of Humanity and here is Saturn. That is, the Human Consciousness who could reach up to here, claims his/her Spiritual Energy as a Genuine Human Being and attains the right to exit from Omega.

On top of that, she was also a huge fan of disinformer José Argüelles.