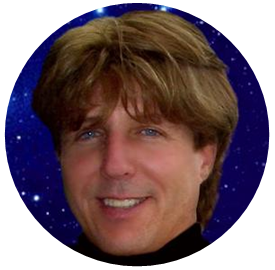 Wayne Herschel was born in 1959 in Zimbabwe. In later years, he moved to Cape Town in South Africa. Around 2000, Birgitt Lederer, born in Germany and a former journalist who switched to being a translator, became his partner.

In 2003, their book titled The Hidden Records I : the Star of the Gods was published, with some interesting information about the connection between ancient civilizations and the constellations of both Orion and the Pleiades. This research is however heavily polluted with all sorts of nonsense. For instance, in his lectures, Herschel claims that the Aten worshipped by Akhenaten was allegedly a flying saucer, and that the Great Sphinx back served as a helicopter platform. He is clearly also a great fan of the nonsense produced by Freemasonrys puppet Dan Brown, and also of the absurd claims by Richard Hoagland.