Since time immemorial, humanity is divided by Good and Evil. That is, in general, humans are Good by nature, but the mundane temptations of Evil are everywhere, ready to corrupt. Ignorant humans confuse earthly morality with Heavenly Ethics. We all want to do what is good, but without the proper understanding we inevitably end up doing the very opposite. However, we are unaware of this, and therefore we regard it as being good. In addition, we might also behave badly, but the difference is that we know it to be wrong. The worst things can be done by ignorant people who consider it to be good.

Both God and the Devil are known by various names. However, these names are not really important. All we need to know is the essential difference between Good and Evil.

It is a huge mistake to assume that all religious people would belong to the first group. Nothing could be further from the truth, as all organized religions are led by people from the second group. That is why in the Bibles New Testament, the character of Jesus exposes the hypocrisy of the Pharisee. In the last book of the Bible, the second group is referred to as a Synagogue of Satan.

The end goal of the second group is equally simple as evil, namely to fully dominate the entire world. In order to do so, the second group wants to completely annihilate the first group and to utterly control the third group in a totalitarian godless dictatorship named the New World Order (NWO).

For this, a devilish plan was conceived. Its implementation started on Wednesday 1776 May 1 with the founding of the organization that shortly later was renamed as the Order of the Illuminati. Its evil plans became disclosed after a courier on his way from Frankfurt to Paris with secret Illuminati documents was struck dead by lightning. After these subversive documents were turned over to the proper government authorities, the Order of the Illuminati became officially forbidden. Next, it continued as a secret underground organization, infiltrating in all strongholds of power. For more on this, read the revealing book Pawns in the Game by William Guy Carr (1895  1959).

Ever since, the second group uses the same tactics to counter the exposure of their evil plan. These tactics include discrediting whistleblowers, ridiculing certain aspects, and reversing statements. This easily confuses the people in the third group, whom the Evil-doers refer to as Goyim (meaning human cattle), also known as Sheeple (meaning herd-following sheeplike people).

Anyone who has not been initiated belongs to the third group of Goyim or Sheeple. Only by consciously choosing to serve either Good or Evil, a human becomes part of the first or second group. This must be a Free Will decision, and people in the third group assume that they would have a free will. In reality, they instead nonconsciously respond to external stimuli.

Please have an open mind and try not to react nonconsciously by becoming offended, as you still belong to the third group, otherwise you would not be reading this. Only after consciously participating in a Satanic death ritual, people enter the second group. To enter instead the first group, in-depth Esoteric Knowledge is required. Thanks to the internet, you can initiate yourself without enduring major hardships as people in previous generations had to go through. For this, you simply put aside everything that has been taught to you, so you can start afresh with studying Wholly Science. 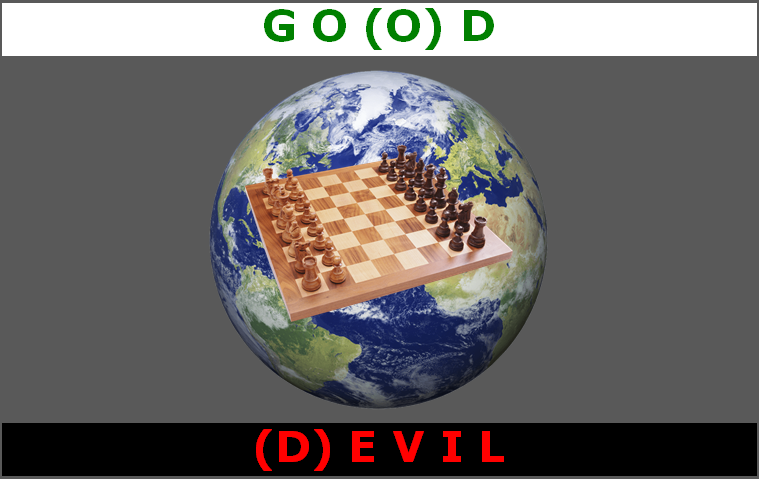 You must understand that learning about the NWO does not help you to enter the first group. Without fully understanding the divine purpose of human life, delving into the practices of Evil will only upset you and make you depressed. But thanks to Wholly Science, you can impartially analyze from a distance the ongoing warfare of Evil against both Good and nonconscious as a sort of global chess game. Next, you can consciously resign your role as a pawn on this earthly checkerboard.

Are you ready to outsmart the system by applying Wholly Science?